(Closed) The Millennium Arts Center (MAC) was an arts center that brought visual and performing artists together under one roof.  MAC offered venues for local and international artists and made Washington, D.C. the home of the country’s first national/international arts center of its kind. We want to thank Peter Hapstak & CORE Architectural group for their support.

The Millennium Arts Center Plan- THIS IS WHAT DC LOST! Architectural plans designed by CORE 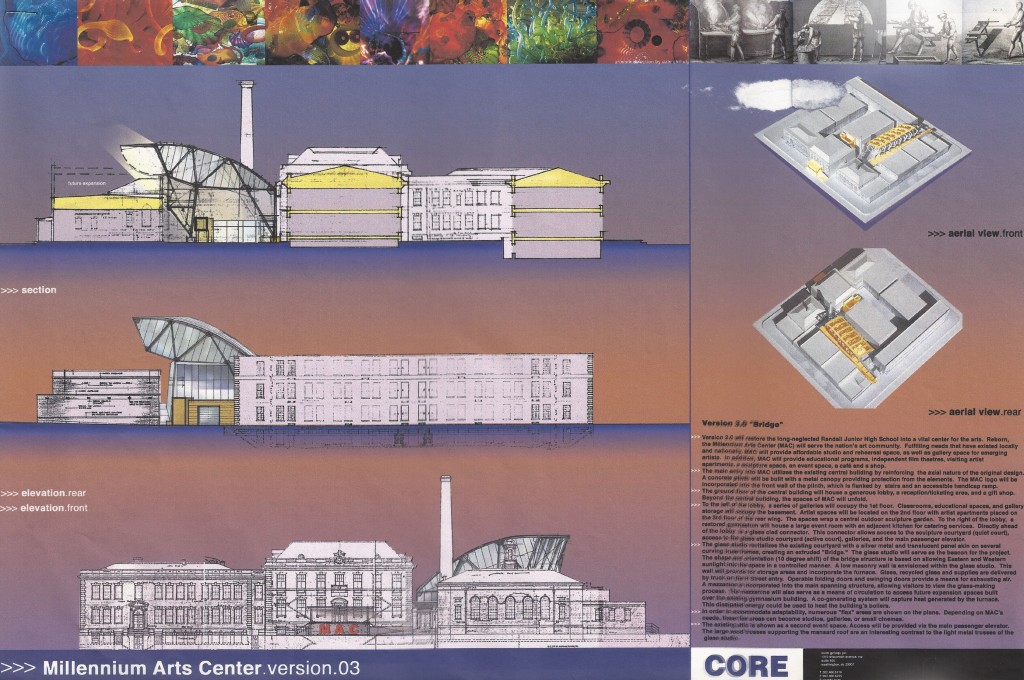 MAC was able to provide an arts center that could give affordable studios and exhibit space for those artists who might not have had the opportunity otherwise to reach a larger audience. In turn, it gave residents and visitors to the nation’s capital an opportunity to see art that was being created all over the United States and internationally.

With many thanks to Georgi Deneau, Former Assistant Director.  Without her the art center would never have been a reality.

Currently, we are looking for new projects. 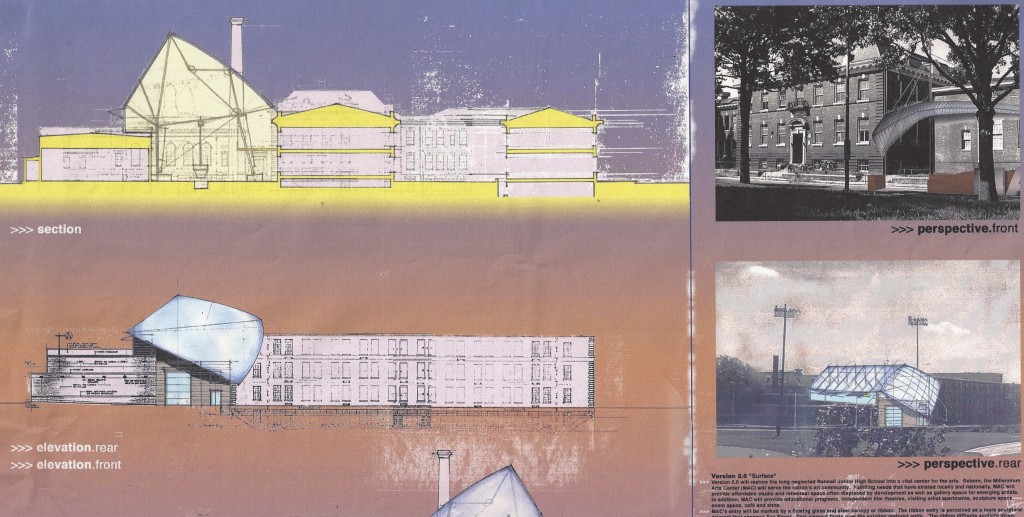